Skeptikai Turns One Year Old! And My Top 10 Picks

One year ago today, Skeptikai became a reality. Since then, a hell of a lot has happened. Obviously I never expected the March 11 earthquake here in Japan, so I didn’t realize just how much time would be dedicated to that; and yet I still have so much more to say about it. But I wanted to use this article to look back at 2011 in terms of the research I’ve done and the articles I have written. You’ll be able to get an idea of what this blog is about, for those of you that haven’t been here before; or a recap of what articles have become popular.

And So Ends Year One

Before I get to my top 10 picks, I wanted to explain a few things. This article is the 94th published on Skeptikai, which averages out to about once every four days in 2011; but that’s because I began blogging at a much slower rate than in recent months. I’m glad that each post is taking less and less time to write; though the more I know about the topic, the longer it takes. That’s because I pull up an absurd amount of sources, as you can probably tell from the number of hyperlinks I include in my posts.

Until September, my blog only received a few hundred visitors per week. The post “The Google Generation has Weak Google-fu” was the first article to make my eyes pop out of my head after it was linked to on reddit – because it received about 500 hits in the first few days. But like earlier link-related spikes in visitors to my site, it was only temporary.

A month later, I wrote “An Apple a Day – Why Steve Jobs REALLY Died,” in which I discussed his involvement with alternative medicine that eventually led to his premature death. It has more comments than any other article I’ve written, and it marked the day when I began to get a stable hit count, now multiplying my weekly hit count to the quadruple digits (just barely).

And nowadays, when I get a spike in visitors, it is not around 500 hits but 5000. For example, “The Barbie Effect” saw thousands of visitors recently because a news story picked up the fact that Sarah Burge gave her 7 year old daughter an absurd amount of money for liposuction. Evidently my article came up a lot on Google.

So if there is anyone out there thinking of blogging, hear this: You should! Even for someone like me with absolutely no connections, continuously blogging can yield a proper audience, even with 9 months of very little activity. After all, the last quarter of the year probably accounted for three quarters of my total hit count. So just like in life… if you keep doing it, it might pay off. For me, the reward of blogging isn’t money or fame. It’s so much deeper than that.

These are some of the articles I’ve written, in order of my favourite works. I hope a newcomer to my blog would see these.

All right, well this is actually a two-part series. The first is “Are women always the victims?” and the second is “A Man’s Worth.” I was never really interested in writing about sexism, but I was surprised when certain events came to light, and found it to be a quite interesting topic after doing the research. It sure sucks to be a man if you’re the victim of domestic abuse.

#9: Sleepers, Whispers, and Amnesia – How You’re Influenced by What You Forget

I wish more people read this piece, because there are some interesting stories in here that demonstrate a big flaw in humans. That is, our fallible memory. The research goes along the ride with a comedian and a national geographic story. It’s interesting because it happens to everyone and we don’t even realize it.

#8: The Science of Condoms – Pornography, Japan, and Beyond

This post has one of the major themes that I planned on writing about when I decided to begin blogging – debunking myths about Japan. I have already finished the research for several further article along these lines, but the earthquake changed a lot of my plans. I like this article because it challenges the way Westerners may view Japan.

[spoiler effect=”slide”]I also include a video in there which I say basically represents the Western stereotype of Japan, but I didn’t explain what I meant because I was hoping to provoke discussion that never came. So… what I meant was that the video that showcases a robot in front of four backup dancers. The dancing is somewhat cute, and the girls try to be somewhat sexy, with their relatively revealing outfits. Top it off with the very “typical” Asian pop music that seems to populate popular games like “Dance Dance Revolution,” and the average Westerner will say “oh… that’s so Japan.”[/spoiler]

#6: Exorcism in Japan, and Another Dead Child

The research here is quite comprehensive, especially as far as exorcism within Japan goes; but also in various countries around the world. And of course, the case involving the latest victim of this abuse – a 13 year old girl – is discussed at length. And of course, I received the obligatory nonsense comment from some Christian fundamentalist that makes no sense.

#5: Is Japan Losing its Culture?

This is also a two-part series, with “A History of Cultural Adoption” and “Only One Rising Sun.” I talk about some of the stuff that I believe most people are wrong about when talking about Japan, and I explain why Japan is so hard to explain. My conclusion is that Japan is not losing its culture, but you may be surprised at how I made that conclusion.

#4: Outsiders have it all wrong – Japan is all right

I wrote this article with one thing in mind: Showing that people are making Fukushima out to be more than it was. I think the clip of Nancy Grace nicely sums up the whole thing in three minutes of arrogant stupidity. Of course the situation is bad – extremely bad. But I show how the Western response to the crisis blew things out of proportion, and ultimately only made things worse. I should have published my follow-up article to that a long time ago, as it is long overdue.

I’m a bit proud of this article. One of the interesting things about blogging is that you never know which of your posts are going to be big ones. I thought this would be a small critique of AskMen’s shockingly sexist and ridiculous article. It turned out to be more or less an exposé on American bigotry. The last update I made on the post was absolutely disgusting – I can’t believe there were so many people so ready to be racist on Facebook. This was the first article that made me realize the extent to which I care about gender issues. It was also satisfying to end on “growl,” responding to AskMen’s insulting “woof” (you’ll understand if you read it).

I still haven’t seen anyone else compile information that shows Dr. Oz’s experience like this post. That is, his questionable business practices and health advice. In this article, I talk about the Japanese alternative medicine practice called “reiki,” the foolish arguments Oz brings to the table (and the operating room), and his abuse of authority. I also include plenty of doctors who vehemently disagree with some of Oz’s medical insight. He also invited the brilliant neurologist and skeptic Steven Novella onto his show; but obviously it wasn’t intended to be a fair interview. 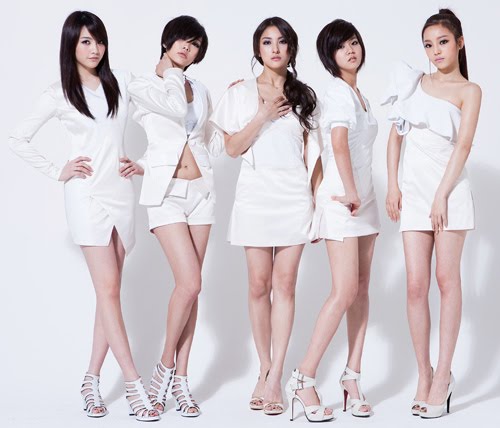 This is easily my favourite article. This is the story of Jang Ja-yeon, who met a tragic end to her rising career after she couldn’t take the pressure of it. It turns out that she wasn’t the only one, either. The Korean pop world has become rocked with scandal in the last few years because of the unfair treatment of their young stars, and I basically go through every big name who was affected, from playboy models to pop stars. This is consistently one of the most popular articles on Skeptikai, and it was important for me because it made me realize how much I liked blogging. Or more specifically, not having a stingy editor. I’m so glad I did not submit this to a newspaper because I wrote it exactly the way I wanted to write it.

I also want to include the two articles I wrote for the James Randi Educational Foundation; though the second was less popular because it accidentally did not appear in the regular blog feed. It was called “Pseudoscience: Brought to you by Extinction” (follow the link) and it dealt with the demand for witchcraft and pseudoscience that is resulting in the extinction of endangered animals.

However, the first article I wrote for them turned out to be very popular, soon to reach 7000 hits. It’s called “If The Earthquakes, Tsunami and Radiation Doesn’t Get You, The Pseudoscience Will” (I submitted the title with “don’t”… but whatever). It talked about the disturbing amounts of pseudoscience and falsehoods that came about after 3/11.

Well I hope you enjoy my picks.