There was a time when the term ‘crocs’ was used to describe luxury and expensive crocodile skin made shoes. However, today it is associated with a totally different type of shoes designed for both toddlers and adults alike. Designed by Lyndon ‘Duke’ Hanson and George Boedecker Jr. crocs were initially designed to be boat shoes.

The first every croc shoe was introduced at Fort Lauderdale Boat Show situated in Florida in 2001. At the time there were only 200 pairs available for sale and all of them were sold. Today, the designers have been able to sell more than 300 million units across the globe. Let us discover the interesting history of Crocs and where it stands today. 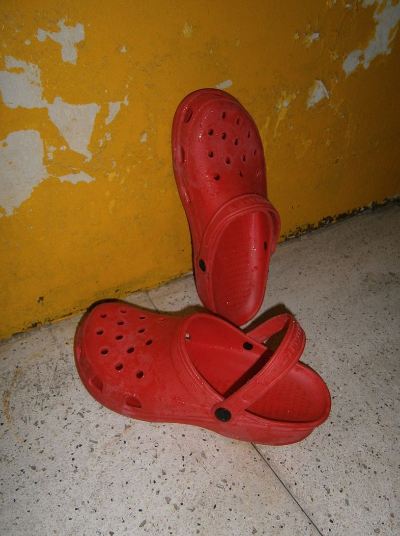 Initially, crocs were made by using a type of foam resin known as Croslite. A company Foam Creations, which also helped the designers of crocs to come up with their first pair of shoes, provided it. Then, in 2004, Crocs purchased Foam Creations, which provided them the exclusive rights to Croslite. Not only it was comfortable to wear and a new wave in the fashion world but also received the appreciation of many podiatrists. Reason being that the foam type was such that it would wear itself to the feet of the wearer and provide ultimate comfort to even those who had injuries or slight pain of any type in their feet.

In 2007, the company applied to register the name Crocs and today it features a trademark in around 40 countries in the world. Furthermore, it also extended its trademark for accessories beyond footwear such as sunglasses, watches, luggage and knee pads, etc. Crocs produce several types of accessories and in a variety of colors. They were produced in Mexico and Italy where the manufacturing plants were situated but as of 2018, the plants will be close and Crocs will be completely outsourcing its manufacturing. When it comes to Crocs footwear, the company offers its customers around 20 different color combinations, so that they could be worn in any season. These are breathable shoes that prevent sweating and will dry instantly if submerged in water. As the company progressed, it stepped into the gold shoe sector as well.

Following the COVID epidemic, the company showcased its social responsibility by sending out 100,000 pairs of crocs to healthcare workers. The step was appreciated by many and received a round of applause across the globe.

Today, Crocs are sold in every part of the world and that too, fake. In 2006, Crocs had filed a complaint that certain brands were copying their shoes and infringing their rights. The shoes were being sold under the name ‘croc-offs’. In return, the United States Court of Appeals for the Federal Circuit gave the verdict that the design patent rights of Crocs were indeed infringed. The reason was not only the design patents but quality as well. Fake crocs sold were not made of the same quality and consisted of plastic that was harmful to the environment.

Both the Philippines and Denmark in 2007 were found responsible for manufacturing fake crocs. While some Crocs were being sold under brands like Veggies, Crosskix and Airwalk, others did not feature a name at all. More importantly, these were also being sold at departmental stores, beach stores, and amusement park stores.

Crocs over the years received the recommendation of many health-related associations. For instance, in 2005, the U.S Ergonomics Company approved the design and overall footwear product followed by the American Podiatric Medical Association in 2009. Furthermore, The U.S government Centers for Medicare and Medicaid Services in 2008, approved Crocs as well due to the fact that they were beneficial for people with diabetic injuries. Crocs had a tendency to reduce foot-related injuries.

However, in 2006 and 2008, in both U.S and Japan, respectively, Crocs came under the scrutiny spotlight after many complaints that children’s feet used to get stuck in elevators. As a result, the children suffered slight injuries. This was particularly due to the material being too soft and the feet being too little. In response, the company was asked to change its design. Many countries advised their health workers to stop wearing Crocs as they could bring harm. Therefore, Crocs reintroduced their footwear in 2009, according to the European Standards that featured shoes, able to dissipate electricity.

During the first couple of years, Crocs received a mixed response. While some termed it a new wave in fashion, others were off the view ‘Who would take them seriously?” The fact of the matter was that the world, particularly the fashion industry did take them seriously and many celebrities were found wearing them on a regular basis. From 2006 and the years ahead, Crocs had successfully captured a significant customer segment around the world and it was to stay there for a long time. The popularity of the footwear was such that President George Bush at the time was also seen wearing Crocs. In 2009, First lady Michelle Obama was observed wearing Crocs with her daughter as well.

Maxim had included Crocs amongst the worst things to happen to men in 2007, followed by Times Magazine, who termed it as the world’s ’50 Worst Inventions’. Regardless, of the criticism, there was nothing stopping Crocs. It continued its presence and remains relevant even today.

Back in 2006, the fashion industry was changing at a rapid speed. Anything that impressed the fashion designers was considered to be a fashion marvel. Irrespective of how bizarre the fashion world was at the time, Crocs never managed to make it in their good books. But, there was a reason behind it. The idea behind Crocs has always remained the same i.e. comfort. For long, people had been viewing it from a totally different angle. It was never meant to catch the fashion world by surprise, even if it did.

The real popularity contest started when big names such as George Bush and Michelle Obama were spotted wearing them. The sole purpose of Crocs was to provide ultimate comfort to customers. That is the only reason behind healthcare workers wearing them during their daylong shifts at hospitals, simply because they would not feel tired wearing them. It was as if they were not wearing anything. No matter how one chose to view them, Crocs fulfilled their purpose every time you wore them. That is the only reason it sold 300 million pairs all over the world.

The route to success for Crocs was not easy, especially when all the fashion giants were labelling them either as ‘Worst Inventions’ or ‘Worst Things To Happen’. However, the company was clever. It started off by targeting toddlers and gradually made its way to adults. Along the way, it only accepted constructive criticism and improved their products so that nothing comes in between their sales and shoes in the future. Therefore, even if Crocs happen to fade away with time as said by many, it still holds the trademark for Croslite material. And since Croslite is used in almost all footwear today, you do the math. It was a win-win situation from the beginning.