For gamers, consoles are like cars. Every gamer wants the newly launched with all of the latest features. For companies, these consoles are a lucrative product with a high demand. Back in the days when Nintendo and Atari ruled the gaming industry, enthusiasts would happily pay an arm and a leg for the latest model. These devices have come a long way since then, but their market pull has only increased.

Consoles for serious and casual gamers

This article reviews the major gaming consoles of today and all the features in every console. Serious gaming enthusiasts should not invest in anything less than 4K resolution to use on an Ultra HDTV. If you do not own an Ultra HDTV, the top-notch hardware in these gaming machines in enough to bring you a visual treat. Moreover, the consoles are future proof, so they can easily adjust if you upgrade to another machine.

Kids, families and all such occasional gamers enjoy more on a simple gaming console that does its job. Ever since companies started making diverse games that enhance memory and improve cognitive functions, doctors also suggest games to their patients. For such play, a simple functional console is easy to handle for beginners. causing trouble. Portable consoles are especially useful for kids and also those who want to pack a gaming option on a camping/outdoor trip.

To help you decide which console you should choose, we have a listed a mixture of consoles. You will find usability, hardware tips and special features like AR or 3D. Here are the best consoles in the market right now:

The PlayStation Pro4 is an all-rounder with excellent hardware specifications. The vast gaming library provides unlimited options for people of all ages. PlayStation was released in 1994 and has not disappointed its fans ever since. PS4 Pro is the latest offering of PlayStation with a 4K machine and improved performance. PS4’s Dual-Shock controller is the talk of the town and one of the best game pads ever created. You will enjoy the improved processing power of PS4 Pro and it is future-proof. Serious gamers will love the versatility of this console and if you are a newbie you can watch some tutorials to get the hang of it.

The Xbox One S is the top pick for anyone looking to buy an all-in-one gaming experience. It is a lovely multimedia gaming machine suitable for any type of gamer. The good thing about Xbox One S is that you can play games as well as stream media from popular sites like Netflix and Hulu. You will find a true 4K experience on this console and it also plays Blu-ray. Xbox has made their eight-generation console slimmer and more improved than the last versions. If you do not have a wireless adapter, you can use this console with Bluetooth connection. Price point is the best differentiator in Xbox One S compared to the PS4. However, it is unclear if the console can handle future games prepared for the Xbox (not future proof).

Retro gamers rejoice. Polymega is creating a console of their dreams that’s part reader, part emulator. Polymega’s upcoming console can play everything from PS1 to NES games while protecting your precious installs from corrosion. Once you put a title inside the disc drive or cartridge slot, the console saves the title’s ISO, enabling users to save the gameplay natively and play the title at any time of their choice. Another strong aspect of the console is that it plays the game without bootlegging the title. For those who boast an old gaming collection, this console is more of a necessity (not only for enjoyment but also for preservation’s sake. People who like playing multiplayer titles and casual gamers will love the Switch. Play at home or take your Nintendo Switch on the go, this is a massive plus point of this cool console. The Japanese brand is synonymous with gaming since 1983. Nintendo continues to upgrade their gaming consoles and redefine the gaming market. The 2-in-1 hybrid design lets you play on the TV as well as on the console itself. So, you can just play your games on the go. Online focused gaming consoles ignored the at-home social experience which you can enjoy with Nintendo Switch. However, there is a small collection of games on the Switch and that is where you struggle to make a point. But lovers of classic games like Super Mario will buy the Switch for the old feel again. It is cheap, portable and good for kids’ surveillance too.

Analogue might be popular as a phrase for PlayStation controllers, but it’s also a standalone company that consistently releases new consoles. One of their upcoming consoles is titled Pocket. Pocket boasts both a modern design and a retro look, along with the ability to play cartridges from Game Boy Advanced and Game Boy color. Buyers will also be able to add extensions that support titles from Atari Lynx, Game Gear, Neo Geo, and more. The 360 retro handheld system has all the tech for high-end gameplay. To stay true to Game Boys’ theme, the console comes in white and black, infusing nostalgia for hardcore retro gaming enthusiasts. 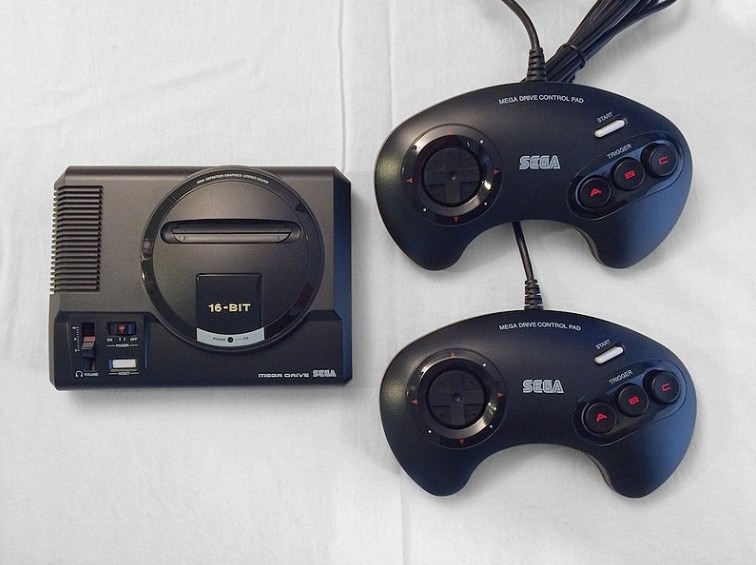 Lovers of Sega do not need any introduction but those who did not grow up in the ‘sega’ generation should know that this console is a perfect retro gaming solution. This console offers more games and options than any retro console before. When you get the Genesis Mini, you get 42 pre-installed games. Retro game lovers will do anything to get their hands-on games that no one can find any more. The controllers are excellent, but some games require the 80’s console which is sold separately by Sega. Therefore, the most lucrative feature of this console is that it takes 90’s kids to their childhood again.

Although it’s been just half a century since gaming consoles were launched, they’d had a tumultuous and extended lifespan. The competition in the industry has been nothing short of a war zone for competing brands, with consoles above vying for a seat at the top. Now we look towards the future were competition will further intense with the introduction of cloud gaming. Already, platforms like Google Stadia are creating a buzz, with a good WiFi and a dongle the only requirements for playing your favorite titles.