If you’re not up to date on Japanese politics, you’re probably unaware of just how screwed up they are right now. This has nothing to do with the earthquake. In fact, the earthquake might have actually made things more stable in terms of national politics. The fact of the matter is that Japan hasn’t had a prime minister in power for more than one year since… since that guy whose name I actually remember. …And he left in 2006. 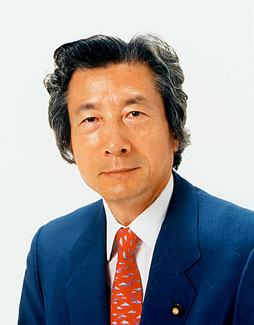 But I’m not interested in debating political ideologies (something I try to avoid), and I’m not campaigning for anyone, considering the Prefectural elections have just ended. There’s just a certain official who I feel obliged to discuss. Meet Shintaro Ishihara. He’s an accomplished writer, and has been the governor of Tokyo for over a decade. On April 10, Ishihara was voted to serve his fourth term. He is also a complete asshole.

I wanted to write “that old bastard” throughout my article, but I think it would be easier to abbreviate it to T.O.B. …and sometimes Y (because sometimes we wonder why that old bastard hasn’t retired yet). So let’s just make it easier and call him T.O.B.Y. from now on. Shintaro Ishihara is Toby. Whoa buddy, let’s keep both those hands down

There’s no denying that Toby has some popularity as a politician. His biggest selling point is that when he says he’ll do something, he actually does it – a trait that can’t even be said for the current prime minister. But this piece is less about his political decisions or ideology and more about him. This is my completely biased characterization of a man whose racism, homophobia, xenophobia, and nationalism has gotten him into more problems than he can count – especially in French. I realized after I started writing this piece that there is just too much to mention in one post, but let me first catch you up to speed, all the way up to 2010.

In Japan, you can somewhat discern who is a nationalist by the degree to which they deny the Nanking Massacre of 1937. For a month and a half after during the Second Sino-Japan War, the Imperial Japanese Army captured the then-capital of China, Nanking (called Nanjing today), killing hundreds of thousands of disarmed soldiers and civilians, and raping tens of thousands of women. This is considered one of the most savage war crimes in history, also known as the “Rape of Nanking.” While the exact numbers are disputed, and it is possible that there may be some exaggeration (I don’t endorse this view, I just genuinely don’t know), most Japanese people do not deny the atrocities that occurred then. According to Toby in a 1990 interview, however, the entire thing was just Chinese propaganda – it never really happened.

Though most of the current hostility between China and Japan can be traced back to that very event, nationalists like Toby and some conservative historians say that this was simply a Chinese attempt to “tarnish the image of Japan.” To learn about the perversion of history, I urge you to read Michael Shermer and Alex Grobman’s “Denying history.” It focuses mainly on the Holocaust (Grobman’s expertise) but explains in detail the psychological distortions that deniers commit (Shermer’s expertise) for many events, including the Nanking Massacre. Though not many people in the West know of this event, an upcoming movie starring Christian Bale and directed by Zhang Yimou (of Hero and House of Flying Daggers fame) will surely raise some awareness. It is based off Yan Geling’s book “The 13 Noble Ladies of Nanjing.”

In 2000, Toby was one of the eight judges for the literary award that he himself had won in 1956, the Akutagawa Prize. Toby wrote some commentary on a gay-themed novel written by Chiya Fujino, a transsexual who ended up winning the award for his book “Natsu no Yakusoku” (Promise of the Summer). Toby remarked that the openly gay main characters were in an “abnormal world,” saying that “it would not be dramatic at all” if the story took place in “the sane heterosexual world.” After his comments appeared in the March issue of the monthly magazine Bungei Shunju, gay rights activist Satoru Ito stated that “It is certain that he does not have any understanding about minorities in society. […] I can’t believe that he is a distinguished literary figure.” Three years prior, the Tokyo High Court upheld a lower court decision against the Tokyo government in denying gay rights activists overnight accommodation in a public facility. They said that administrators must not be ignorant about homosexuals; but I supposed it’s hard for Toby not to be ignorant when he’s so ignorant about his own ignorance.

In a 2001 interview with Shukan Josei – which translates to “Women’s Weekly,” obviously a women’s magazine – Toby said that women past their child-bearing age are “useless and are committing a sin.” Wow. Keep in mind that this old bastard… err, I mean Toby… was 68 at the time he made that statement. He also mentioned that he believes that “old women who have lost their reproductive function are not worth living,” although he “couldn’t say this as a politician.” He felt no reason to apologize after criticism about this came up in a Tokyo City Parliament session, instead opting to defend himself by calling critics as “tyrant” “old women.”

See? Godwin’s Law doesn’t sound so farfetched now does it

Should I just stop here? Have I convinced you already? Come on, I haven’t even hit 1000 words yet. I’m just getting warmed up.

In 1983, when a Japanese citizen of Korean heritage, Shokei Arai, ran for the Diet in the same constituency as Toby in 1983, Toby’s office started spreading rumors that Arai might become a North Korean spy. Also, Toby’s principal secretary was arrested because he vandalized Arai’s campaign posters with the words “Naturalized from North Korea in 1966.” By the late 90’s, Arai and several other Japanese politicians were accused of corruption, but only Arai was targeted by the media. In 1998, hours before he was expected to be arrested, he committed suicide.

Toby has also claimed that Iranians, Pakistanis, and Chinese people in Japan are criminals and drug dealers, as well as native Africans within the Roppongi district. He also said, among other things, in a  2000 address to the Ground Self Defense Force (SDF) that “Atrocious crimes have been committed again and again by sangokujin and other foreigners.” Sangokujin, directly translated as “people from third countries,” is basically a pejorative term that came after WWII to be used against people of Korean or Taiwanese descent. Instead of apologizing for this statement, he just explained that he didn’t mean to hurt citizens’ feelings, and said he would not use the word again, remarking: “This was very mortifying for me, too.”

Toby has also been trying to push the Self Defense Force into a more militant position for years, most recently arguing that it would be in Japan’s best interest to invest in nuclear arms. “All our enemies: China, North Korea and Russia—all close neighbours—have nuclear weapons,” he said in an interview about a month ago. “People talk about the cost and other things, but the fact is that diplomatic bargaining power means nuclear weapons.” Toby is concerned about China’s potential military prowess, along with its growing economic status. However, his desire to turn the SDF into a militant power probably doesn’t afford Japan any more safety than they have already provided.

In October of 2004, at a meeting for the Tokyo Metropolitan University, Toby said “French is disqualified as an international language because it is a language which cannot count numbers.” He refers to the way in which you count by units of twenty in French. Ignorantly, or perhaps arrogantly, he neglects to acknowledge that Japanese has an equivalent discrepancy. Westerners would write 3,000,000,000 for “three billion,” and in Japan the same number is written like 30,0000,0000. So in Japanese, 100,000 translates to “ten ten-thousands” (10,0000). Toby was sued in 2005 for his remarks by a total of 91 French and Japanese citizens. The case was settled in 2007, and he was cleared because he had not done damage to any particular individual. “People can’t sue me just because they don’t like what I say,” he remarked after his victory.

Icing on the Cake

In 2009, at an International Olympic Committee (IOC) meeting in Tokyo, Toby was criticized by a journalist who cited British environmentalist Paul Coleman, regarding his bid for the 2016 Olympics to be “the greenest ever” in Tokyo. Coleman pointed out that Toby had planned to destroy the forested mountain of Minami-yama, showing Toby’s contradiction. The exchange is on YouTube. Toby ignorantly believed that the residents of Minami-yama were at risk because of landslides and thought this justified its destruction. While it may be nice that he seems to be concerned for their safety, the fact of the matter is that the residents don’t want the forest to be leveled and are not at risk. When the journalist mentioned Coleman again, Toby was quick to say that doesn’t matter what Coleman thinks because he’s “just a foreigner.” With statements like this, it’s becoming clear that Tokyo will never get the Olympics as long as Toby is still in power. He also called Minami-yama a “devil’s mountain” that “eats children.”

Wow. Now I can see the literary genius.

The horsemen never saw it coming

Comic books have always been fascinating. While some are easy to read and understand, others such as Manga are a bit complicated. It is...
Read more
Aggregators/lists/rankings

Hundreds and thousands have lost their lives and billions have been displaced all around the world in the face of catastrophic acts of nature....
Read more